Your Core and The Lumbo-Pelvic-Hip Complex

The core is comprised of two stabilization systems, the local and global core systems. The core is made up of muscles and connective tissues of the lumbar spine, pelvic girdle, and hip joint, which constitutes the Lumbo-Pelvic-Hip Complex. The core is where the body’s center of gravity is located and where all movement originates. Active individuals with a stable core can prevent abdominal tears by activating their local core prior to extremity movement, such as during a soccer strike.A neuromuscularly efficient core is needed in order to have optimal neuromuscular control of the human movement system. A stable, strong, and powerful firing core prevents injury and allows for acceleration, deceleration, and stabilization during dynamic movements.

[/vc_column_text][divider line_type=”No Line”][vc_column_text]The local core stabilizers are muscles that attach directly to the vertebrae. These deep muscles of the spine are primarily slow twitch muscle fibers, fibers with optimal endurance for maintaining posture and respiration. Muscle spindles are abundant among the local core muscles, muscle spindles are sensory receptors which detect the rate of change in muscle length, and limit excessive compressive, shear, and rotational forces between spinal segments.

The primary muscles that make up the local stabilization system are the diaphragm, transverse abdominis, internal obliques, multifidus, pelvic floor musculature, and the fascial nextwork that acts as an auxiliary core stabilizer is by dynamic engagement of the thoracolumbar fascia. 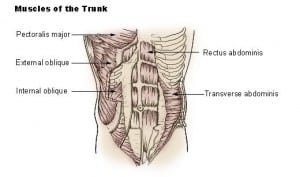 Inspiration and expiration is also achieved via local core activation. The muscles required for inspiration and elevation of the ribs are your “principal” and “accessory” muscles. The principal muscles are the diaphragm, external intercostals, and the accessory muscles are the scalene group, sternocleidomastoid and pectoralis minor. The muscles required for expiration and rib depression are your “active breathing” and “quiet breathing” muscles. The active breathing muscles are the internal intercostals, abdominals and quadratus lumborum. As for quiet breathing, the expiration results from passive, elastic recoil of the lungs, rib cage, and diaphragm. 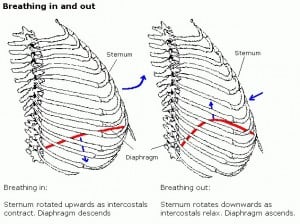 The “roof” of the local core, is the diaphragm. Since the diaphragm is located between the thoracic and abdominal cavities, learning to contract/recruit the diaphragm will produce intra-abdominal pressure in the abdominal cavity, which allows for decreased compressive forces across spinal segments or facet joints, which are made up of the top of one vertebra and bottom of another vertebra. Simply being able to contract your diaphragm can help you prevent injury, and produce optimal movement! Learning to breathe with the diaphragm/abdomen rather than the chest/accessory musculature is extremely useful in pain relief and performance. Chest breathing can actually alter your head position due to the hypertonic/tight accessory neck muscles. The “pelvo-ocular reflex” theorized that one’s head position can have an effect on one’s pelvic position. If your head migrates forward, the pelvis reflexively rotates anteriorly to readjust one’s center of gravity, which will cause even further problems with thoracolumbar fascia pain of the low back 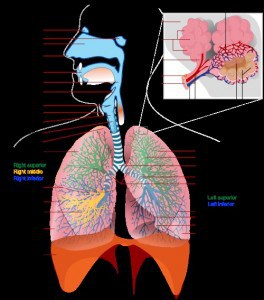 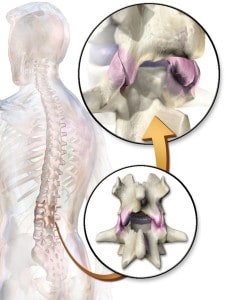 The thoracolumbar fascia (TLF) is a fascial network of noncontractile tissue that is engaged dynamically by contractile tissues that attach to it, such as the erector spinae, multifidus, transverse abdominis, internal oblique, gluteus maximus, latissimus dorsi, and quadratus lumborum. Training the local core achieves increased spinal stiffness/stability which decreases translational and rotational stress at the spine. The multifidus is the local core’s multisegmental “spinal glue”, and from the cervical region all the way down to the sacral region, the multifidus runs deep within each spinal segment, stabilizing each facet joint from the neck to the tailbone. 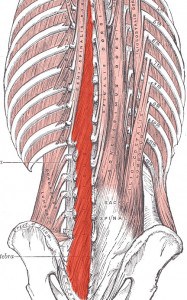 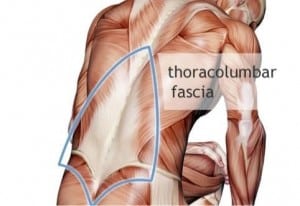 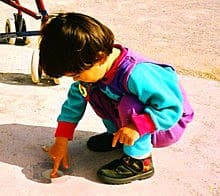 Optimal neuromuscular control of movement is made up of several factors. We are already learned the local core’s role in movement, now it’s time to learn what other factors need to be considered for optimal movement.

1. Length-Tension Relationships
Having an optimal gamma efferent system, which is achieved by having optimal “tone” or neurologically normal “length-tension relationships”, or in other words, having muscles that are at their normal length, and aren’t hypertonic (overactive) or hypotonic (underactive) in a stressed-length.

2. Force-Couple Relationships
Another necessary factor for having optimal neuromuscular control is having normal force-coupling relationships, or the ability to activate groups of muscles at once. A great example would be during a baseball pitcher’s throw, the upper and lower trapezius muscles have to activate together in order to stabilize scapular upward rotation.

All of these factors: optimal respiration/local core stability, length-tension relationships, force-couple relationships, and joint arthokinematics have to be normal in order for there to be symmetrical, powerful, and optimal movement!

Next up!
In part 2, the global core will be discussed as well as exercises for the local and global core systems.

Have you experienced an injury? Looking for recovery or to build your strength again? Schedule an appointment and be seen as soon as TODAY!

Your Core and The Lumbo-Pelvic-Hip Complex