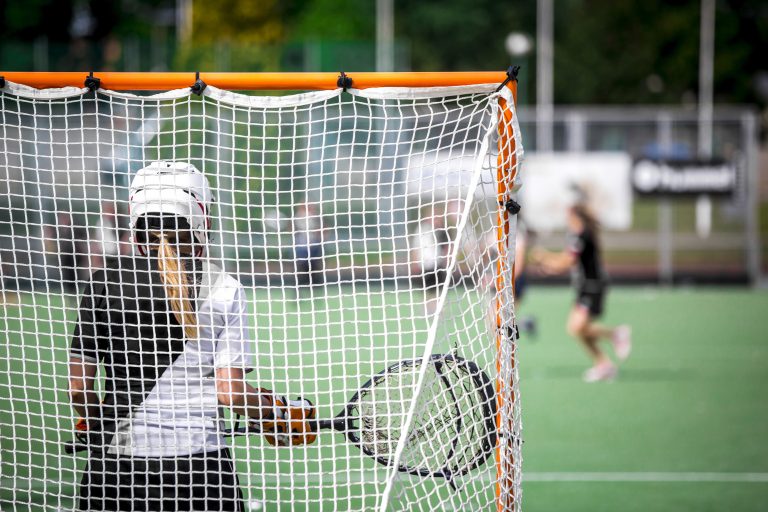 Knee injuries pertaining to hip width is caused by the “Q angle“, which is a measurement of pelvic width that is thought to contribute to sports injury risk in women (1). 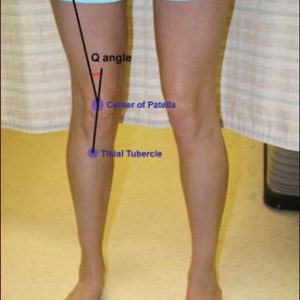 Many sports medicine experts have linked a wider pelvis to a larger Q (quadriceps) angle, which is the angle at which the femur (upper leg bone) meets the tibia (lower leg bone).

Second, there are biomechanical differences from men, the quad to hamstring ratio is different and female’s hormones play a contributing factor to training as well.

Lastly, and this one comes from my experience as a strength coach, many females want to maintain their shape or resist increasing weights because of the myth that they will become “bulky” in size.

Of course, not all women have this mindset nor do all women fit these exact anatomical differences. I want to make it clear that all women and men alike are built differently. But there are many tips and benefits to exercising in a manner that’s best for you body type to get the most benefits.

From a statistical standpoint, females are up to nine times more likely to tear their ACLs than their male counterparts (2).

This is an alarming rate. 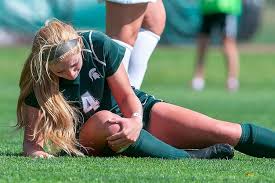 Furthermore, the devastating outcomes that result from an ACL tear including loss of an entire sports season, decrease in performance once they return to their sport, possible loss of a scholarship, decrease in academic performance, negative and emotional psychological changes, and an increased chance of developing osteoarthritis (3).

With that said, as a strength & conditioning professional it is imperative that you have an understanding of the female anatomy and how to go about designing a strength training plan to reduce the risk of an ACL tear.

Can an ACL injury be prevented?

No. You cannot truly prevent an injury. What we can do is lower the risk of a potential knee injury by implementing the right program.

So, the next question then becomes, what is the right program?

I am not here to give you the perfect program because each individual is different.

What I can do is lay down the framework to guide you in creating a good program to reduce the risk of an ACL injury.

To state Dr. Sharon Wentworth , there are extrinsic and intrinsic factors related to increased risk of ACL tears in females.

Now we must focus on which factors we can influence positively as a strength & conditioning coach.[/vc_column_text][divider line_type=”No Line”][vc_column_text]

It’s been written a million times before, so what’s one more time?

If you aren’t working day in and day out to develop the posterior chain of your female athletes, you’re doing them a great disservice.

The posterior chain is simply the back of the legs which include the glutes, hamstrings & calves. 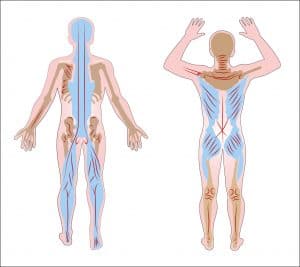 Females naturally have different neuromuscular patterns than males in that they use their quadriceps muscles more than their hamstrings.

This leads to muscular imbalances and the potential for suboptimal movement patterns.

I could go on and on about research regarding glute/hamstring strength and all the associated injuries, but I’ve got a feeling that’s like preaching to the choir.

The majority of female athletes I work with play the following sport(s):

All these sports, allow for inordinate amounts of quad/adductor development, while never putting them in a position of deep knee or hip flexion. The result? Weak posterior chains. Which ultimately leads to an increased risk of an ACL injury.

Develop core stability & pelvic alignment Female athletes are incredibly quad/adductor dominant, but a large part of that is associated with core weakness as well.

Females also have a huge propensity to fall into an anterior tilt/excessively lordotic posture.

These qualities lead to being trunk dominant which is the inability to control the trunk in three-dimensional space. In other words, poor trunk proprioception (awareness).

Female athletes who display poor proprioception and allow greater movement after a perturbation or disturbance, lead to an increased risk of ACL Injuries (5).

One major cause of trunk dominance is growth and maturation.

As females go through puberty, they tend to have an increase in body mass and body fat, with weight gain distributed more in the trunk area.

As a result of this, the center of mass becomes higher which makes it more difficult to control and balance the body. This can lead to more medial and lateral torque on the knee.

To help improve this, it is important to train the stabilizing muscles of the trunk such as the transverse abdominis and multifidi.

When females focus on developing core stability and their posterior chain – they actually become MORE stable, balanced and controlled than their male counterparts.

Stay tuned for next week for Part 2 of training the female athlete!

Chiropractic Treatment Plans: Do You Really Need To Be Seen So Often?

Motor Vehicle Accidents What To Do