I didn?t grow up feeling like I didn?t have things that I wanted or needed. The world was a lot simpler then and you simply didn?t know what you didn?t have so you didn?t worry about it. We were the typical working class, blue collar, small town, family of six. Our house was a three bedroom split level that my father had built himself. It was three bedrooms but mine had to be big since I had to share it with my two brothers. Of course my sister got her own bedroom.

As Christmas got closer we waited for the arrival of the annual Sears catalog, the Christmas Wish Book it was called, so that we could carefully scour the pages and create our Christmas lists. And whether times were good or bad, Santa always seemed to come through for us.

And though we really weren?t aware of it, there were many kids not as lucky as my sister, my brothers, and I; probably some we even knew as friends and neighbors.

The world today is different. We can?t claim to be unaware of the needs of those around us or around the world for that matter.? Whether it?s Move for Hunger helping to feed hungry kids across America; or Potomac River Running sponsoring a race to provide for the needs of children in Haiti; or DC Scores building after-school programs for low income kids; we are made aware of what we can do to help and to the best of our abilities, we help.

This time of the year we call on the Marines for help.

Toys for Tots began in 1947, when the wife of Major Bill Hendricks crafted a homemade doll and asked Major Bill to deliver the doll to an organization that would give it to a needy child at Christmas. When Bill found out that no such agency existed, his wife told him he should start one. So he did. The 1947 pilot project was so successful that the Marine Corps adopted Toys for Tots in 1948 and expanded it into a nationwide campaign with the objective to ?bring the joy of Christmas to America?s needy children.?

Up until 1979 the Marines collected and distributed new and used toys. Beginning with Christmas 1980 through the present, Marines have collected and distributed only new toys. The thought was that distributing ?hand me down? toys did not properly represent the message the Marines wanted to send to needy children. That message was one of hope that would assist in building self-esteem and, in turn, motivate less fortunate children to grow into responsible, productive, patriotic citizens and community leaders. A shiny new toy was the best means of accomplishing this goal.

Since beginning the Toys for Tots Program in 1947, Marines have distributed more than 452 million toys to more than 209 million needy children.

If you want to help the Marines help those kids whose Christmas lists too often go un-noticed and those situations when Santa doesn’t always come through, find a drop location near you.

And by the way all Sport and Spine Rehab locations will be collecting toys again this year in support of the Toys for Tots campaign. So you can drop off your new, unwrapped toy at any of our seven locations in the Toys for Tots Drop box. Help us help the Marines with their goal to deliver a message of hope to children in need and motivate them to grow to be responsible, productive citizens and future leaders. If you want more info on Toys for Tots here is a link.

And speaking of motivating kids to be responsible and productive citizens and future leaders, I mentioned DC Scores earlier, I?ve been told they could use some extra help this year. Just a $28 donation provides a soccer uniform and poetry journal for a child, providing them with a positive identity, a means to express themselves, and the pride that comes with being part of a team. Click here if you want more info and a way to donate.

And finally if you want to Run with Santa this Sunday, join the Sport and Spine Rehab crew at Potomac River Running?s Run With Santa 5K at the Reston Town Center. Online registration is closed but you can still register at packet pick up this evening, tomorrow, and pre-race.

Have a great weekend! 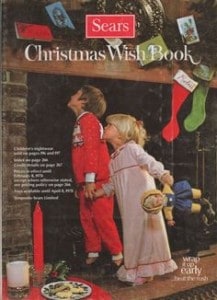 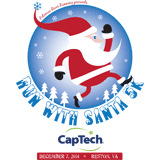