I don?t remember exactly when I met the Tomlinsons; Holly and the kids. Holly?s middle child Blair was an elementary school classmate of Savannah?s; her oldest son Ryan was Hayley?s age and a grade ahead of Donny; and her youngest daughter Kelly a few years behind Blair and Savannah. While Kim and I were busy blending our two families, as is typical I guess, many of our good friendships grew out of those of our children. As our now extended group of friends experienced our kids and each other?s kids grow from elementary school to middle school to high school and young adulthood, we often got through those times together. Someone once said it takes a village, we had a village.

Holly was a free spirit, always the positive one, and maybe the one who got a little less worked up over what our kids were experiencing and what we parents were stressing over. Holly was my age and we shared some of same experiences growing up in the culture of 60?s and 70?s.

When my family faced tragedy and this same group of friends we had grown to love circled their wagons around us, Holly and the kids were there.

Sadly, somewhere along the way of our kids growing up, and our lives getting more complicated, Holly was diagnosed with breast cancer. She handled her illness with that same spirit that guided her whole life and was positive to the end.

In April of 2012, with the help of The Step Sisters Brambleton Ribbon Run, Holly?s Hunnies was born.

Holly?s kids, wanting to support the effort to fight breast cancer, but not so much on the national level of the Susan G. Komen, found The Step Sisters organization, a local Loudoun County group of women and men, who joined together seven years ago to take on the challenge of fighting breast cancer. It was the local support services who were there for Holly and so that is where the kids wanted to help out.

That first year, the team of Holly?s Hunnies who ran together in the Ribbon Run numbered about eight including the kids. Last year, my first year, the team increased to about 15 participants. This year, according to Kelly, an estimated 26 new team members have signed up and will participate on the team wearing the pink tee shirts with team name of Holly?s Hunnies, including one 9 month old team member in a ?onesie.? They will run with the estimated 2000 other participants in the 10K, 5K, or the Fun Run. According to Kelly that was another reason they picked this event, all could participate, it could be a nice family thing.

I know Breast Cancer Awareness Month is not until October but since breast cancer does not follow a schedule and the need for support is ongoing, it?s always a good time to be reminded. According to Breastcancer.org it was expected that approximately 235,000 new cases of invasive breast cancer would be diagnosed in U.S. women and men last year.

The 7th annual Brambleton Ribbon Run/Walk will be held Saturday, April 5, 2014 (rain or shine). If you are not doing anything and want to help Ryan, Blair, and Kelly; and the other members of their team raise some money and awareness in Holly?s memory or maybe in memory of someone you know, come on out and introduce yourself.

We will be the ones in the pink tee shirts, with the logo, ?Holly?s Hunnies?. 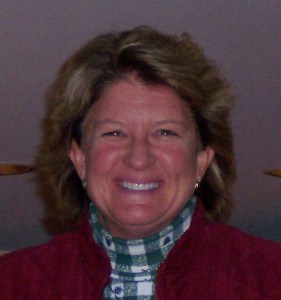 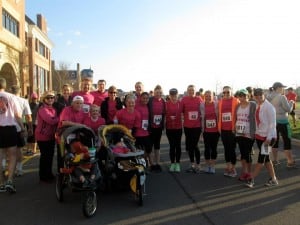